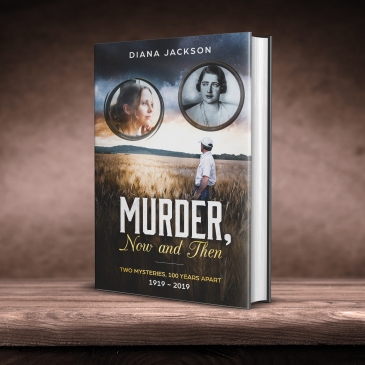 MURDER NOW AND THEN  In May 2019 Joanna Thomas, a less than conventional farmer’s wife, is accused of murdering her husband, but with no motive or murder weapon discovered, the likelihood of a speedy conviction is diminishing fast. Frustrated that they are unable to solve this crime, DS Tony Brown and DC Cathy Peterson uncover … END_OF_DOCUMENT_TOKEN_TO_BE_REPLACED

“In Ancasta, against the background of the new 20th century, we are re-introduced to the progress of life for the next generation from Riduna, Diana Jackson’s first novel, of the growing Newton family, now living at Woolston, near Southampton on the south coast of England. The author succeeds in jolting the reader’s emotions to give … END_OF_DOCUMENT_TOKEN_TO_BE_REPLACED