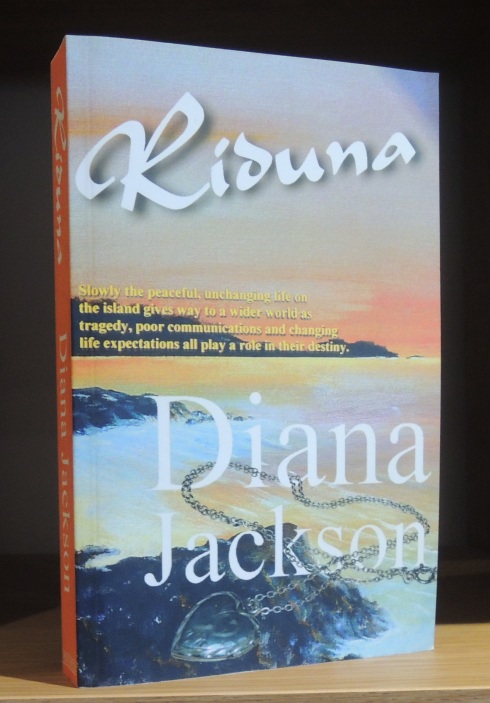 ‘ Life was picturesque growing up on Riduna on the Channel island of Alderney.  It was a place where the old ways remained steadfast even though “outsiders” were having an impact. Lifelong friendships developed and for Harriet and Edward, this friendship blossomed into love. As the pair grow into adulthood, they find that their love is tested, when each desires a different path. Edward dreams of becoming a sailor and he finds that life on board a ship is very different from the strict morals of Riduna. Harriet has decided to wait on the island for her sailor boy to return, and during his Christmas visit, their actions lead to a possible pregnancy. After an unfortunate accident that shakes Harriet’s world, Edward becomes more distant as his taste for the sea takes over his life. Throughout their journeys, both Harriet and Edward must make sacrifices and decisions that will change their lives forever.
Riduna speaks volumes about the power of love and loss and is beautifully written with a fluidity that speaks to your soul. Author Diana Jackson’s ability to portray the everyday ordinary yet life-changing events of those in a community is amazing; you get a true feel of what it must have been like living in Riduna during that era. Fans of The Guernsey Literary and Potato Peel Pie Society will fall in love with Riduna.’ –Angela Simmons

I'd love to hear from you. Cancel reply